With this quotation by Ansel Adams, I want to propose a little historic perspective and some contextualisation. Quoting extensively from Art Historians and photographers, I would like to take the opportunity to share my admiration and love for them.

“The invention of photography provided a radical new picture making process – a process based not on synthesis but on selection … But he (the photographer) learned also that the factuality of his pictures no matter how convincing and unarguable, was a different thing than the reality itself. Much of the reality was filtered out in the static little black-and-white image and some of it was exhibited with an unknown natural clarity and exaggerated importance. The subject and the picture were not the same thing, although they would afterwards seem so. This was an artistic problem not a scientific one…” 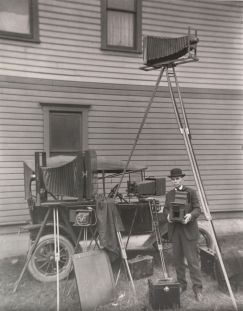 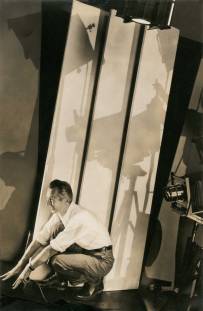 “Embracing the vernacular as a model, Walker Evans dispensed with the sophisticated markers of craft that distinguished the artistic photograph from all others and swept away the barrier that had encircled modernist photography’s privileged subjects. For the first time, the photograph as-a-work-of-art could look exactly like any other photograph – and it could show us anything, from a torn movie poster to a graveyard overlooking a steel mill. The photograph’s claim of artistic distinction relied solely upon the clarity, intelligence, and originality of the photographer’s perception.

This profoundly radical idea more than the example of Evans’s work itself is the wellspring from which later flowed the very different work of Robert Frank, Garry Winogrand, Diane Arbus and Lee Friedlander. For them, neither the choice of what to look at, nor the way in which to look at it, nor the sense of what it might mean to look at such a thing in such a way was dictated by a pre-ordained rule.” 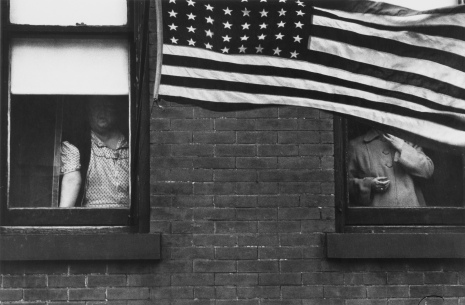 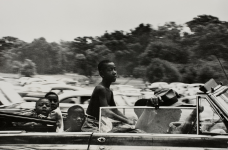 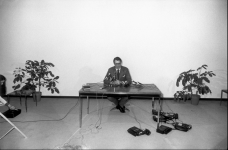 “… Szarkowski called them “documentary photographers” and believed them motivated by “more personal ends” than those of the preceding generation, sharing “the belief that the world is worth looking at, and the courage to look at it without theorising” (qualities that also suggest William Eggleston, Joel Meyerowitz, and Nicholas Nixon, among others)

At the time when the practice and history of photography were making their way into academia, Szarkowski stubbornly defended an anti theoretical and non academic approach, which he described – betraying a taste for provocation – as “the easiest of the arts”: “Putting aside for today the not very mysterious mysteries of the craft, a photographer finally does nothing but stand in the right place, at the right time, and decide what should fall within and what is outside the rectangle of the frame. That is what it comes down to.”

And, if I may add my own “pinch of salt”as the French would say, I will venture that the reason why these choices made by photographers (moment, light, framing), are interesting for us to discover and admire, is that they are guided not only by their brain, but by their soul. And some people have been graced with the talent to let the direct link to their soul express itself by producing, what we commonly call, Art.